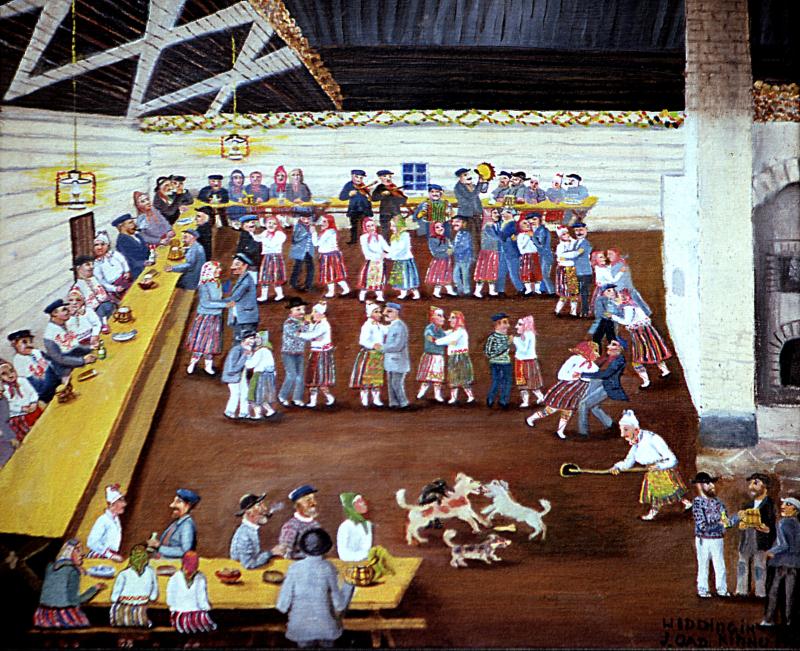 One interesting aspect of Kihnu cultural expression is represented in paintings in the style of naïve art, a phenomenon that thrived with more extensive seafaring from the late 19th and early 20th centuries. These Kihnu painters did not aim consciously creating art, they simply recorded the history and seafaring of the islanders. Occasionally ship owners commissioned such colourful paintings as they wanted their sailboats recorded in colour instead of black and white photographs. On these paintings natural scenery appears relatively realistic while human figures acquire different proportions that are dictated more by the narrative context than visual parameters. This phase of cultural expression was influenced by technological advancements in image reproduction, which caused popular aspirations to vivid representation of their common surroundings, as well as developments in visual narrative technique and accessibility for the means of such popular documentation, with an additional impact of nostalgia derived from spatial or temporal distance from the imagery recorded. These artists had no special instruction in painting techniques but were regular seamen.