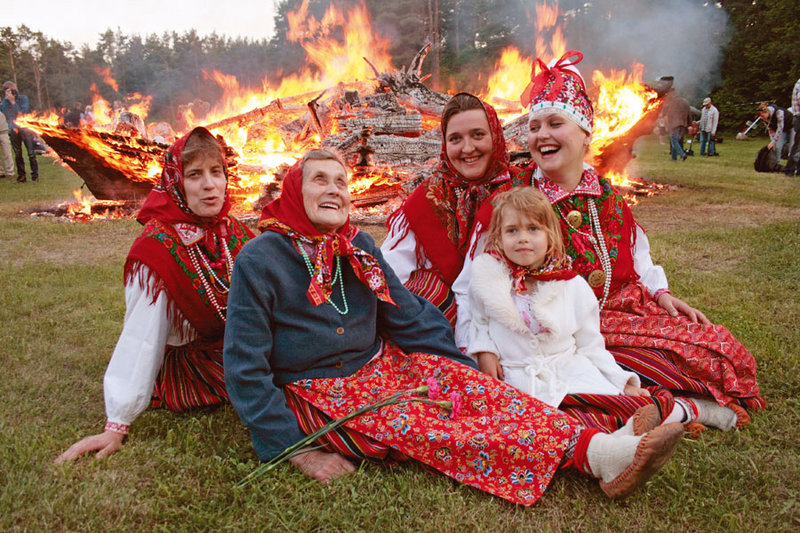 Singing continues to have ritual significance on Kihnu, but functions also as a favourite pastime, especially for women. The main wedding tune has a multi-functional character and serves as a “common tune” for most older women’s songs, e.g. lyrical and narrative songs. However, a lot of that more ancient common Balto-Finnic repertoire (characteristic to the traditions of the Finnic peoples in the eastern Baltic Sea area) has receded from the active memory of people, but are successfully revived by the current singing communities who use archived materials and publications also for revitalization purposes, while these active practitioners also serve as experts in ritual singing. Traditional lullabies and songs for amusing children still preserve in daily use. They have special melodies and are sung not only by mothers and grandmothers but also by grandfathers. Old work songs with their special function and recitative manner of singing have lost their context of implementation in the modern working process, but they have been documented as archive recordings.

While older folk songs have preserved mainly in women’s repertoire, rhymed songs, which came into use at the end of the 19th century, were often composed and performed by men. Still, some old alliterative men’s songs are recorded as well. Their melodies differ from the wedding tune and represent an intermediate stage between the old and new style melodies. The newer sailors’ songs have more elaborate melodies, are characterised by strophic form, extended ambit, double meter and a more dynamic performance style. Singing has carried certain ritual function, but it has also provided means for communal communication as well as an arena for aesthetic entertainment, which has retained its characteristic qualities through the course of time, while absorbing innovative impulses and changes in music style into a particular manifestation of Kihnu identity.